In this discussion, he highlighted the important issues related to Malware Economy especially Mode of supply malware goods and services to customers, Malware suppliers, Non-contractible actions, Human dimension, Hierarchy of hackers economy, Links between hackers and users, Scale of Malware Economy, Complexity of Malware Development, Modular communities on malware development, Lemonising the Market by different attacks, Ransomware attacks, Bitcoins and the legal definition of Malware with special reference to Wassenaar Arrangement and Computer Fraud and Abuse Act of USA. The discussion at this panel made the audience to understand the present scenario of Malware Economy along with the underground market and the complication in prevent and controlling the cyber attacks.

The other participants in the panel discussion were Shri Chandra Sekhar Reddy, Shri Monnappa and Shri Rohit Srivastava and the discussion came to an end with a vote of thanks to Chair from the official of DSCI. 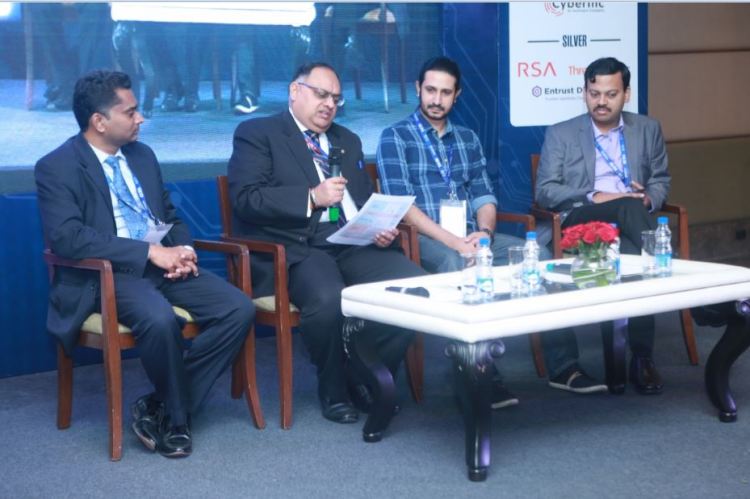 Shri Sandeep Mittal, an IPS Officer of 1995 Batch, completed B. Sc. (Honours) Geology with University Gold Medal and M.Sc. Applied Geology with University Gold Medal, both from University of Delhi. He earned Degree of Master’s in Police Management from Osmania University, Diploma in Cyber Security and Postgraduate Diploma in Cyber Crime Investigation and Cyber Forensics from Gujarat Forensic Science University, Gandhinagar . He is a Postgraduate in Cyber Defence and Information Assurance from Cranfield University, UK. He conducted a number of experiments in people friendly policing to bridge the divide between police and public. He headed the Security of Asia Pacific’s largest prison i.e. Tihar Prisons, New Delhi. While serving in Narcotics Control Bureau under Ministry of Home Affairs, Government of India as Zonal Director he was instrumental in liquidating a number of National and International drug syndicates and developed his skills in cyber crime investigation. He is a Chevening Cyber Security Fellow, UK; a Commonwealth Scholar in Internet Law & Policy a t University of Strathclyde, UK; an Associate of Institute of Defence Studies and Analyses, New Delhi and a Life Member of United Services Institution of India, New Delhi; Indian Society of Criminology, India and Indian Institute of Public Administration, New Delhi. He is member, Editorial Board of Indian Journal of Criminology and Criminalistics, a peer reviewed journal. He has published research papers in reputed peer reviewed Journals. View more posts